Samuel and the Shaping of Tradition 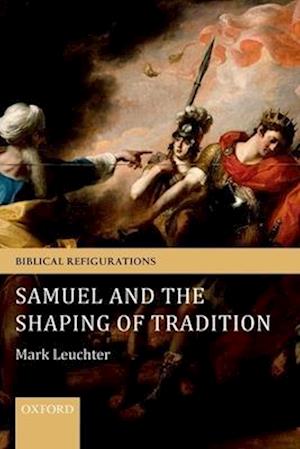 Samuel stands out in many important biblical texts as the figure who facilitated ancient Israel's transition from a tribal league to a monarchic state. On the surface of the text, this transition appears clear and linear, as does Samuel's role in bringing Israel together as a nation and selecting its first kings. Beneath this surface, however, is a far more complicated network of memories, sources and agendas, each presenting a very different picture of Samuel and his social, religious and ideological function. In some sources, Samuel serves as a symbol of Israel's developing priesthood and its system of social ethics, demonstrating thetensions within the priestly ranks. In others, Samuel's prophetic status is utilized to periodize Israel's history into distinct categories, positioning prophets over monarchs as national authorities. Elsewhere, Samuel is recruited to qualify - and disqualify - different forms of political organizationin pre-monarchic Israel and systems of social hierarchy. Finally, the Jewish and Christian exegetical traditions return to the figure of Samuel and mine the texts in which he appears to re-structure Israel's national identity and the later communities that claimed descent from it. Mark Leuchter explores how the Samuel of these sources differs from the Samuel of the final form of the text, how the different writers used him to shape their ideas and transmit their messages, and how Samuel functions as a vehicle for the creation of a more elaborate literary superstructure drawn from discreet sources.

Forfattere
Bibliotekernes beskrivelse Leuchter explores the biblical texts revolving around the figure of Samuel, and considers how the authors utilize him as a symbol to address the cultural memories and contemporary politics of their audiences. Samuel's role as a priest, a prophet, a judge, a warrior, a lawgiver and a kingmaker are examined in light of the origins of ancient Israel.