Samson Abramsky on Logic and Structure in Computer Science and Beyond 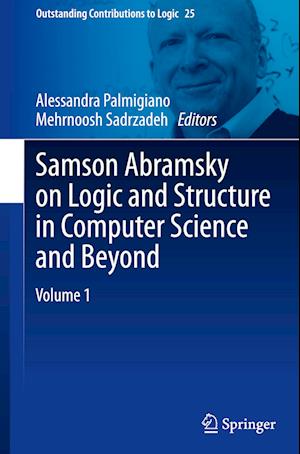 Samson Abramsky's wide-ranging contributions to logical and structural aspects of Computer Science have had a major influence on the field. This book is a rich collection of papers, inspired by and extending Abramsky's work. It contains both survey material and new results, organised around six major themes: domains and duality, game semantics, contextuality and quantum computation, comonads and descriptive complexity, categorical and logical semantics, and probabilistic computation. These relate to different stages and aspects of Abramsky's work, reflecting its exceptionally broad scope and his ability to illuminate and unify diverse topics.Chapters in the volume include a review of his entire body of work, spanning from philosophical aspects to logic, programming language theory, quantum theory, economics and psychology, and relating it to a theory of unification of sciences using dual adjunctions. The section on game semantics shows how Abramsky's work has led to a powerful new paradigm for the semantics of computation. The work on contextuality and categorical quantum mechanics has been highly influential, and provides the foundation for increasingly widely used methods in quantum computing. The work on comonads and descriptive complexity is building bridges between currently disjoint research areas in computer science, relating Structure to Power.The volume also includes a scientific autobiography, and an overview of the contributions. The contributors to this volume include both senior and early career academics, serving as testament to Samson Abramsky's enduring influence. It will provide an invaluable and unique resource for both students and established researchers.