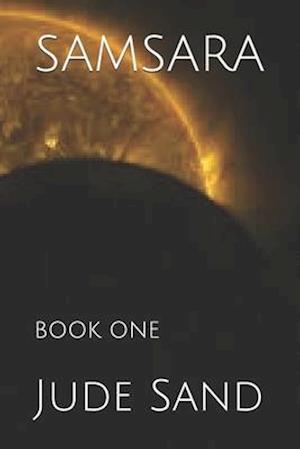 In this Grounded Sci-Fi Epic, soon to be a series on Amazon Prime, Alexander is rescued at age 23 from Saturn's moon Rhea after being marooned for 14 years and arrives on Earth the most famous man on the planet. However, he's not a normal human being after all that time, and he reveals to a few that in 5 years a rogue planetoid will collide with Earth and destroy our planet forever, but he can save a small number of people by time travel.He sends one group to the past at the height of the ancient Mayan civilization where they find themselves in a world of shamanic magic, human sacrifice and war, and he sends another group to the future where they wind up in Albion an island city-state with euth clinics, biologically engineered slaves, air-cars and intelligent machines. In "The One World", as the Mayans call it, Yuri becomes a shaman himself and learns the power to kill with only a shout. In Albion, Chloe and her infant daughter survive an overthrow of the government by rogue intelligent machines.Samsara Book One delivers gripping action and explores deep philosophical questions as only the sci-fi genre can do, and readers will eagerly anticipate Books Two and Three that include journeys to ancient Rome at the time of the rise of Islam, to Shaolin Temple where monks master kung fu, a visit with Nikola Tesla, and the resolution of the future war between humans and intelligent machines, which will be on shelves soon.