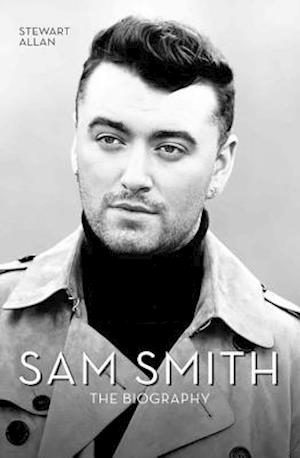 On the morning of 9 February 2014, when Sam Smith woke up and saw the four statuettes he'd taken home from the previous night's Grammy Awards Ceremony, it must have felt like a dream come true. At only twenty-two years old and coming just eight months after the US release of his debut album, In the Lonely Hour, calling Sam Smith's victory an 'overnight success story' seemed wholly appropriate. In fact, Sam had been working towards releasing his own music for over a decade and training his voice for even longer. After falling under the spell of Whitney Houston and Chaka Khan as a child, straining his voice to imitate them and match their incredible vocal ranges, tuition from a local jazz singer and time spent in a local theatre group and youth choir encouraged Sam to pursue singing as a career. But Sam's first attempts to become a professional singer floundered and left him disillusioned and jaded. By the time he turned eighteen, Sam had seen six different managers come and go, he'd recorded a whole album's worth of songs which were never released and he was beginning to think he'd never get his big break. Then in 2010, giving himself one more year to make it, Sam moved to London.After spending a year working full-time in a bar, a chance encounter with Elvin Smith, a fellow musician turned artist manager, changed Sam's life forever. In just over eighteen months, Sam's voice had featured on a number-one song and he was about to sign his own major label deal. The songs Sam wrote for his debut album would go on to capture the hearts of a massive international audience. Along the way there were celebrity friendships, numberone records, world tours and the inevitable press speculation about his personal life. In this revealing biography, Joe Allen charts the meteoric rise of Britain's singing sensation. With his multi-platinum debut barely scratching the surface of what we can expect from Sam in the future, the next decade is sure to be as eventful as the last.

Forfattere
Bibliotekernes beskrivelse In this, the first biography of singing sensation Sam Smith, Joe Allan reveals the phenomenal highs and devastating lows that have accompanied the artist on his rise to global stardom. This revealing book sheds new light on the London boy whose heartfelt debut album touched the world.