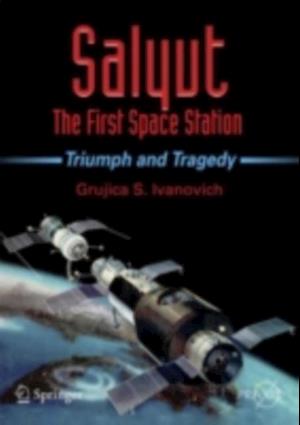 This remarkable book is a unique insight into the people involved in the development of the Salyut space station and the crews assigned to operate it. It describes the rotation between the crews, analyses the decision to send the back-up crew on Soyuz 11 and recounts the intrigues and difficult relationships between all the personalities involved - politicians, CKBEM managers, designers, generals and cosmonauts. Biographies of the Soyuz 11 cosmonauts are published for the first time in English and the longest manned space mission of the time is described before Grujica Ivanovich gives a unique summary of the most tragic day in the Soviet/Russian manned space program. An investigation into the cause of the tragic deaths of the Soyuz 11 cosmonauts precedes a description of the post-Salyut era, showing how the legacy of the first space station has survived for decades. The first two chapters provide the history of the first Soviet space station projects Almaz, Soyuz-R, MKS and DOS from 1964 to1970 and cover the selection of DOS-1 crews in 1971, their training and crew rotations. Chapter 3 launches the Salyut space station with its first crew to occupy the first space station, while Chapter 4 portrays the drama of the Soyuz 10 mission in April 1971, which failed to dock with Salyut due to a broken docking probe element, culminating a dramatic night return to the Earth. The following two chapters describe the State Commission's decision to replace the original crew of Soyuz 11 two days before the launch in June 1971 and introduce cosmonauts Dobrovolysky, Volkov and Patcayev. The launch of Soyuz 11, its docking with Salyut and the first days aboard the space station are described in Chapter 7 and the fire which almost curtailed the mission and led to Dobrovolsky and Volkov's deteriorating relationship is then covered. The final stages of the mission, including the problems with the hatch before Soyuz 11 separated from the Salyut space station, are explained before the author details the separation of the orbital and service modules and the tragic mistake made by the cosmonauts. Chapter 10 describes the normal landing of Soyuz 11, the discovery of and attempts to revive the dead cosmonauts.and includes the first interview with one of the rescuers. The author then demonstrates how detailed analysis found that, after separation from the orbital module, the internal pressure in the descent module dropped from 920mm to zero in 112 seconds due to the premature opening of one of the valves. Without spacesuits, the cosmonauts had only 15-20 seconds to close the valve and save their lives. An attempt by Dobrovolsky sadly failed. Further investigation identified numerous problems which contributed to the tragedy, including the valve technology, leaking of personal protection equipment, problems with the hatch and omissions in crew training, as well as confusion between the cosmonauts. The last chapters describe the Post-Salyut era. After three single modular stations, in 1986 the USSR launched the base module of the third generation space station Mir, which has six docking probes. In the following years, Mir grew rapidly and was extended with five additional scientific modules to become a true space outpost continually occupied by humans, the dream of space pioneers. The service module Zvezda, a modified Salyut/DOS-1, currently serves as a core for the International Space Station. The book ends with memories of all those affected by the DOS program and the tragedy of the heroic Soyuz 11 crew and looks forward to a continuation of the historic mission of Salyut.