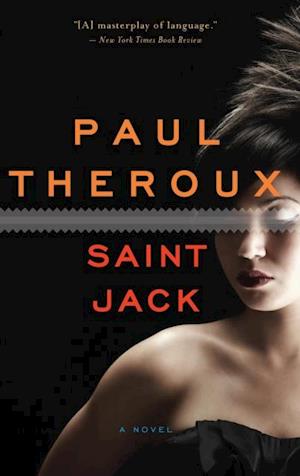 An American pimp in Singapore finds his life of pleasure turning against him in this comic novel by the acclaimed author of The Great Railway Bazaar. Once a small-time American hustler, Jack Flowers found his calling when he jumped into the Straits of Malacca and hitched a ride to Singapore. Deftly identifying the fastest route to fame along the seedy port, Jack started hiring girls out to lonely tourists, sailors, bachelorsanyone with some loose change and a wandering eye. Some years later, he's running two pleasure palaces and something of a legend among those in the know. But just as Jack is riding high, a shocking tumble toward the brink of death leaves him shaken, depressed and vulnerable. Desperate to pull himself back up, he's quick to do business with Edwin Shuck, a powerful American working to take down an unsuspecting general. Marked with Paul Theroux's trademark biting humor, Saint Jack is an audacious tale of sex, faith, guilt, innocence, middle-age, and the meaning of it all.