Saint Francis and the Sultan

- The Curious History of a Christian-Muslim Encounter 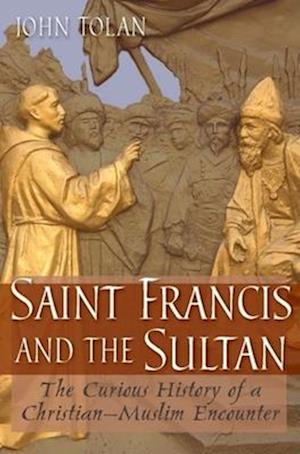 In September, 1219, as the armies of the Fifth Crusade besieged the Egyptian city of Damietta, Francis of Assisi went to Egypt to preach to Sultan al-Malik al-Kamil. Although we in fact know very little about this event, this has not prevented artists and writers from the thirteenth century to the twentieth, unencumbered by mere facts, from portraying Francis alternatively as a new apostle preaching to the infidels, a scholastic theologian proving the truth of Christianity, a champion of the crusading ideal, a naive and quixotic wanderer, a crazed religious fanatic, or a medieval Gandhi preaching peace, love, and understanding. Al-Kamil, on the otherhand, is variously presented as an enlightened pagan monarch hungry for evangelical teaching, a cruel oriental despot, or a worldly libertine. Saint Francis and the Sultan takes a detailed look at these richly varied artistic responses to this brief but highly symbolic meeting. Throwing into relief the changing fears and hopes that Muslim-Christian encounters have inspired in European artists and writers in the centuries since, it gives a uniquely broad but precise vision of the evolution of Western attitudes towards Islam and the Arab world over the last eight hundred years.

Forfattere
Bibliotekernes beskrivelse In September, 1219, Francis of Assisi went to Egpyt to preach to Sultan al-Malik al-Kamil. John Tolan examines the varying depictions of this brief but highly significant meeting and how they reveal the changing fears and hopes that Muslim-Christian encounters have inspired in European artists and writers in the centuries since. 40 black and white integrated halftonesPRIZES:Winner of Prix Diane Potier-Boes from the Academie Francaise.