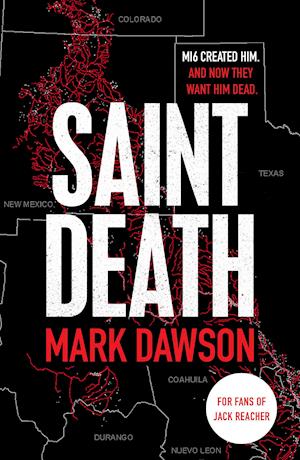 John Milton's in Mexico with a few days to kill...Milton has been off the grid for six months. He surfaces in Ciudad Juarez, Mexico, and immediately finds himself drawn into a vicious battle with the narco-gangs that control the borderlands.Milton saves the life of an idealistic young journalist who has been targeted for execution but the only way to keep her safe is to smuggle her into Texas. Working with the only untouchable cops in the city, and a bounty hunter whose motives are unclear, Milton must keep her safe until the crossing can be made.But when the man looking for her is the legendary assassin Santa Muerte - Saint Death - that's a lot easier said than done...If you like Lee Child's Jack Reacher, Vince Flynn's Mitch Rapp, and Robert Ludlum's Jason Bourne, you won't be able to put down the compulsively addictive John Milton series.___________What reviewers are saying:'It's impossible not to think of Lee Child's super-selling Jack Reacher' - The Times'A literary sensation' - Daily Telegraph'Dawson writes the kind of thrillers I love. Non-stop, grab-you-by-the-throat tales of doing the right thing no matter the odds. Simply excellent' - USA Today-bestselling author Brett BattlesWhat Amazon readers are saying about Saint Death: 'Action-packed, a real rollercoaster ride with characters that are compelling and real, Mark Dawson's John Milton is as real as bad-ass heroes get' 'The whole series is well worth reading. The books are hard to put down' 'Excellent, fast moving read. Excellent character development' 'Mark Dawson hits it out of the park with the 3rd John Milton book. Saint Death was amazing!' 'Every single book is a masterpiece of suspense, intrigue and flat out action'Book 2 in the USA Today-bestselling series. More than 1m copies of the series downloaded and 1000s of five-star reviews. Available in digital, print and audiobook.