Saint Cicero and the Jesuits 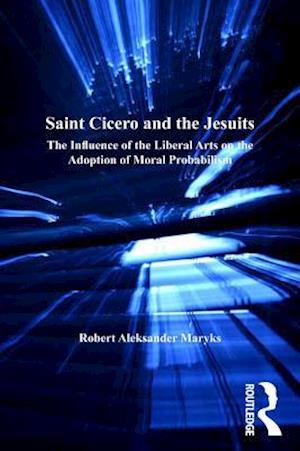 In this commanding study, Dr Maryks offers a detailed analysis of early modern Jesuit confessional manuals to explore the order's shifting attitudes to confession and conscience. Drawing on his census of Jesuit penitential literature published between 1554 and 1650, he traces in these works a subtly shifting theology influenced by both theology and classical humanism. In particular, the roles of 'Tutiorism' (whereby an individual follows the law rather than the instinct of their own conscience) and 'Probabilism' (which conversely gives priority to the individual's conscience) are examined. It is argued that for most of the sixteenth century, books such as Juan Alfonso de Polanco's Directory for Confessors espousing a Tutiorist line dominated the market for Jesuit confessional manuals until the seventeenth century, by which time Probabilism had become the dominating force in Jesuit theology. What caused this switch, from Tutiorism to Probablism, forms the central thesis of Dr Maryks' book. He believes that as a direct result of the Jesuits adoption of a new ministry of educating youth in the late 1540s, Jesuit schoolmasters were compelled to engage with classical culture, many aspects of which would have resonated with their own concepts of spirituality. In particular Ciceronian humanitas and civiltA , along with rhetorical principles of accommodation, influenced Jesuit thinking in the revolutionary transition from medieval Tutiorism to modern Probabilism. By integrating concepts of theology, classical humanism and publishing history, this book offers a compelling account of how diverse forces could act upon a religious order to alter the central beliefs it held and promulgated. This book is published in conjunction with the Jesuit Historical Institute series 'Bibliotheca Instituti Historici Societatis Iesu'.