Sailor's Acres: Tropical Romance Set Among the Art Colonies of the Gulf of Mexico 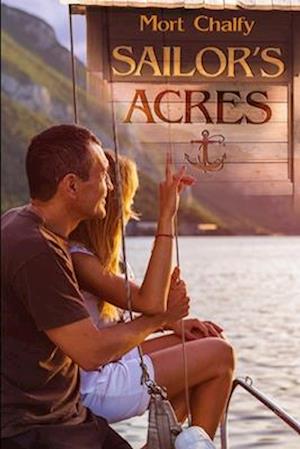 A NOVEL OF TROPICAL ROMANCE, SECOND CHANCES, ART AND THE GULF OF MEXICO. After a painful and bitter divorce, Mike Lewis leaves his long-established job and all he knows to establish a new life-or perhaps to escape his old one. He finds an abandoned would-be development called Sailor's Acres on the west coast of Florida, a large lot full of of weed-grown roadways, unbuilt housing sites and faded real estate signs. Among this land's detritus, he finds a channel from the property to the Intracoastal Waterway. He buys a small live-aboard sailboat which becomes his home...and only then decides to learn how to sail. Mike's instructor is an artist, Louise Grant, a respected member of the local sailing community who reluctantly agrees to give him lessons. As they gradually warm to one another-and as Mike begins to emerge from the bitterness of his previous family life-the two discover their unique tropical home, from the Gulf Coast to the Florida Keys to the world of Florida's arts and crafts. As they sail together, Mike's feelings of emptiness and betrayal, and Louise's hard-won shell-grown layer by layer over the course of years to ward off the advances of many an unsuitable man-often put them at loggerheads. Their adventures, the warmth of their companionship, and the natural beauty they find along the coast slowly soften their hardened outlooks and hearts... "Chalfy's tender rendering of characters sets his books a notch above their peers." -Publishers Weekly "Mort Chalfy's writing is good and clear and straightforward, and does not sidetrack the reader one whit from the story. Knowing and caring very little about sailing, I was still right there on that boat, smelling the air and feeling the deck beneath my feet, rolling with the waves and breathing deeply. I thought the depiction of someone living an unexamined life slowly coming to his senses, almost literally getting in touch with his feelings, was brilliant. Spot on! Wonderfully descriptive writing." -Amazon Review