- African Christians and Sectarian Hatred in the Age of Augustine 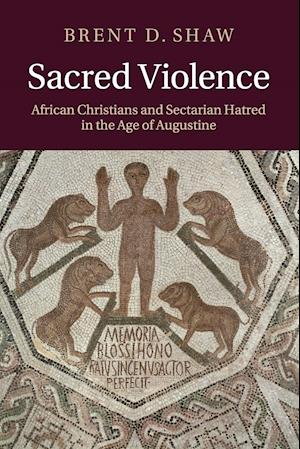 One route to understanding the nature of specifically religious violence is the study of past conflicts. Distinguished ancient historian Brent D. Shaw provides a new analysis of the intense sectarian battles between the Catholic and Donatist churches of North Africa in late antiquity, in which Augustine played a central role as Bishop of Hippo. The development and deployment of images of hatred, including that of the heretic, the pagan, and the Jew, and the modes by which these were most effectively employed, including the oral world of the sermon, were critical to promoting acts of violence. Shaw explores how the emerging ecclesiastical structures of the Christian church, on one side, and those of the Roman imperial state, on the other, interacted to repress or excite violent action. Finally, the meaning and construction of the acts themselves, including the Western idea of suicide, are shown to emerge from the conflict itself.

Forfattere
Bibliotekernes beskrivelse This detailed study of the sectarian battles which divided African Christianity in late antiquity explores how the emerging church and the Roman imperial state interacted to repress or excite violent action. Shaw uses this historical case as a model to explain how acts of religious violence are provoked and sustained. Worked examples or Exercises; Printed music itemsPRIZES:Winner of PROSE (Classics/Ancient Hist) 2011