- A Jungian Analysis of the Saga of Pan and the Devil 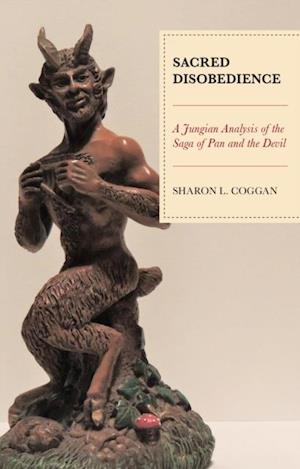 Sacred Disobedience: A Jungian Analysis of the Saga of Pan and the Devil traces the ancient Greek God Pan, who became distorted into the image of the Devil in early Christianity. When Pan was demonized, the powerful qualities he represented became repressed, as Pan's visage twisted into the model of the Devil. This book follows a Jungian analysis of this development. In ancient Greek religion, Pan was worshipped as an honored deity, corresponding to an inner psycho-spiritual condition in which the primitive qualities he represented were fully integrated into consciousness, and these qualities were valued and affirmed as holy. But in the era of early Christianity Pan ';dies,' and the Devil is born, a twisted inflation, possibly due to an underlying repression. In the Jungian system, repressed psychic contents do not disappear, as proponents of the new order tacitly assume, but distort and grow more powerful, or ';inflate,' to cripple the psyche that refuses to incorporate these split-off elements. Repressed contents will expand to explosive force as the repressed elements eventually return regressively from below. It becomes important then, to understand what qualities the primitive Goat God carried, to appreciate what was repressed in the Western psycho-spiritual system, and what subsequently needs reintegration.