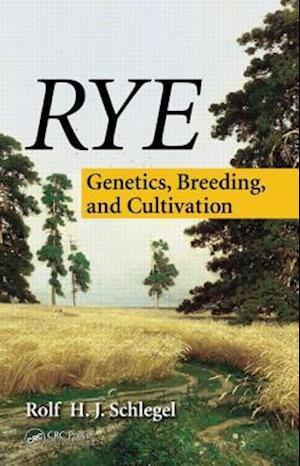 Owing to its considerable winter hardiness, rye is a cereal that played a major role in the feeding of European populations throughout the Middle Ages. Recent data shows that rye is grown on about 5.4 million hectares, with a world production of approximately 13 million tons. While still an important bread food in many countries, rye produced for bread making has decreased or stagnated, whereas production is increasing for other market segments. Particularly, rye for feeding, ethanol processing, and biogas is promoted in Europe.The first comprehensive monograph on rye, Rye: Genetics, Breeding, and Cultivation gathers all the relevant and historic information from botany and genetics to utilization and sustainability of rye. The book covers taxonomy, morphology, and other botany-related aspects of rye. It describes its physiology, cytology, and genetics, including use for genetic improvement of other cereals. The author addresses various types of breeding such as population, hybrid, and molecular breeding. He also discusses rye cropping, including seeding techniques, fungal and viral diseases, and predators.The book examines the various uses for rye beyond bread making. This includes feeding, biomass and biogas production, ethanol production, and other important characteristics such as phytosterol content and antioxidant activity. It also explores the nutritional value of rye. Written by a leading expert in the field, this monograph compiles the most important facets of rye research, past and present.