Russia, the Former Soviet Republics, and Europe Since 1989 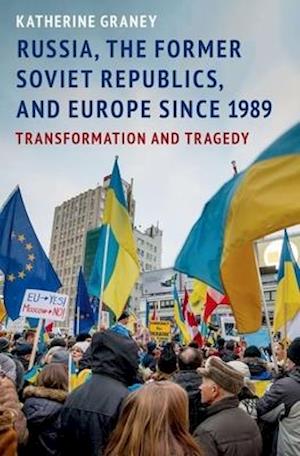 Nearly three decades after the fall of the Berlin Wall, early hopes for the integration of the post-Soviet states into a "Europe whole and free" seem to have been decisively dashed. Europe itself is in the midst of a multifaceted crisis that threatens the considerable gains of the post-war liberal European experiment. In Russia, the Former Soviet Republics, and Europe Since 1989, Katherine Graney provides a panoramic and historically-rooted overview of theprocess of "Europeanization" in Russia and all fourteen of the former Soviet republics since 1989. Graney argues that deeply rooted ideas about Europe's cultural-civilizational primacy and concerns about both ideological and institutional alignment with Europe continue to influence both internal politics incontemporary Europe and the processes of Europeanization in the post-Soviet world. By comparing the effect of the phenomenon across Russia and the ex-republics, Graney provides a theoretically grounded and empirically rich window into how we should study politics in the former USSR.