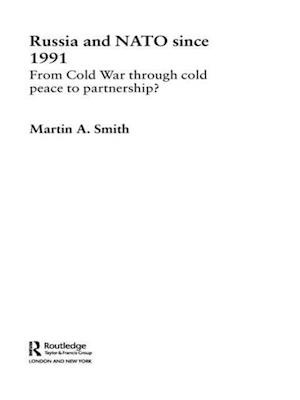 This is the first comprehensive analysis of the development of relations between Russia and NATO since 1991.Since the re-emergence of Russia as an independent state in December 1991, debates and controversies surrounding its evolving relations with NATO have been a prominent feature of the European security scene. This is the first detailed and comprehensive book-length analysis of Russia-NATO relations, covering the years 1991-2005. This new volume investigates the nature and substance of the 'partnership' relations that have developed between Russia and NATO since the end of the Cold War. It looks at the impact that the Kosovo crisis, September 11th, the Iraq War and the creation of the NATO-Russia Council have on this complex relationship. The author concludes that Russia and NATO have, so far, developed a pragmatic partnership, but one that may potentially develop into a more significant strategic partnership.This book will appeal to students and scholars of international relations, European politics and European security.