- Scenes from the Cultural History of Russian Religiosity 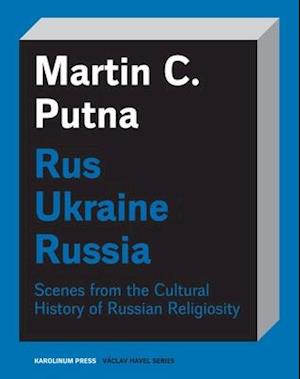 An outspoken opponent of pro-Russian, authoritarian, and far-right streams in contemporary Czech society, Martin C. Putna received a great deal of media attention when he ironically dedicated the Czech edition of Russ-Ukraine-Russia to Milos Zeman-the pro-Russian president of the Czech Republic. This sense of irony, combined with an extraordinary breadth of scholarly knowledge, infuses Putna's book.Examining key points in Russian cultural and spiritual history, Russ-Ukraine-Russia is essential reading for those wishing to understand the current state of Russia and Ukraine-the so-called heir to an "alternative Russia." Putna uses literary and artistic works to offer a rich analysis of Russia as a cultural and religious phenomenon: tracing its development from the arrival of the Greeks in prehistoric Crimea to its invasion by "little green men" in 2014; explaining the cultural importance in Russ of the Vikings as well as Pussy Riot; exploring central Russian figures from St. Vladimir the Great to Vladimir Putin.Unique in its postcolonial perspective, this is not merely a history of Russia or of Russian religion. This book presents Russia as a complex mesh of national, religious, and cultural (especially countercultural) traditions-with strong German, Mongol, Jewish, Catholic, Polish, and Lithuanian influences-a force responsible for creating what we identify as Eastern Europe.