Rural Women in the Soviet Union and Post-Soviet Russia 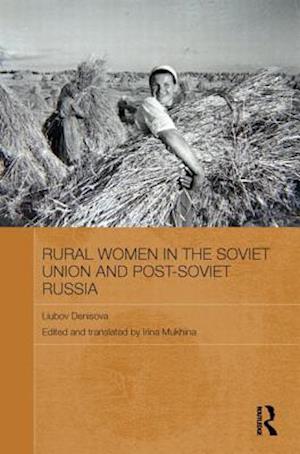 This is the first full-length history of Russian peasant women in the 20th century in English. Filling a significant gap in the literature on rural studies and gender studies of the twentieth century Russia, it is the first to take the story into the twenty-first century. It offers a comprehensive overview of regulations concerning rural women: their employment patterns; marriages, divorces and family life; issues with health and raising children. Rural lives in the Soviet Union were often dramatically different from the common narrative of the Soviet history, and even during the Khrushchev "Thaw" in the late 1950s and early 1960s, rural women were excluded from its reforms and liberating policies. The author, Luibov Denisova - a leading expert in the field of rural gender history in Russia - includes material from previously unavailable or unpublished collections and archives; interviews; sociological research and oral traditions. Overall, the book is a history of all rural women, from ordinary farm girls to agrarian professionals to prostitutes and paints a unique picture of rural womenaEURO (TM)s life in the Soviet Union and post-Soviet Russia.