Running Against the Devil 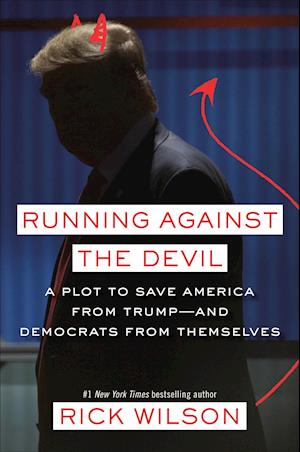 The longtime Republican strategist and #1 New York Times bestselling author of Everything Trump Touches Dies warns Democrats not to make the mistakes that could re-elect the worst president in history in this full-throttle playbook for 2020. Trump is as bad as we thought, and worse. His reelection would be a disaster for democracy, for America, and the world as we know it. A thirty-year veteran of national political campaigns and one of the most famous ad makers in politics, Rick Wilson brings his experience, insight, knowledge, and signature humor to the 2020 race, just in time to save the Democrats from their worst instincts. He hammers Trump's destructive and dangerous first term, outlining the mistakes both the GOP and Hillary Clinton made running against Trump in 2016. He shows exactly how the Republican campaign for Trump will operate, and how Trump will use his social media power against the Democrats. Hope is not lost--if Democrats listen and learn from Wilson. Drawing on his time as a political guru, and infused with his cutting, witty commentary, Running Against the Devil shows Democrats how to deploy what they've learned in the past two years, what the President's weak spots are, what the rules of the 2020 election reality show will be, and where and how to reach the all-important swing voters. Democrats must use every trick in the political playbook in the 2020 election, and Wilson knows where the bodies are buried. A sharply funny and brutally honest assessment of both Trump's abysmal, destructive record, and of the pitfalls for Democrats that lie ahead, Running Against the Devil lays out a no-nonsense, no-holds-barred roadmap to saving America from Donald Trump. The stakes are too high to do anything less.