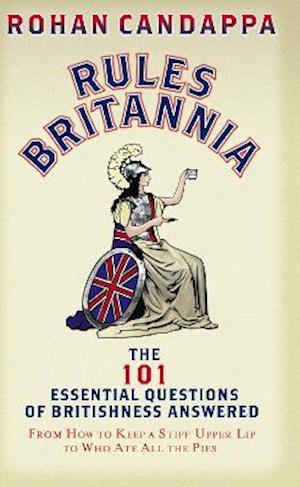 What exactly does it mean to be British? Forget the official Citizenship Test, what do newcomers really need to understand to be part of this Great Nation? Does it involve wearing plastic Union Jack bowler hats? Perhaps sinking a tankard of ale? In these confused multicultural times it's difficult to know...Well, fear not, because Rules Britannia is here to answer the 101 Essential Questions of Britishness - from the straightforward ('What is the point of the Boat Race?') to the historical ('Why couldn't the Daleks conquer the universe?'); the metaphysical ('Who is the "one" who has been barred from "All Bar One"?') to the totally unfathomable ('Elizabeth Hurley. Explain.'). Within the wisdom-packed pages of this seminal tome you'll also discover how Tim Henman can be both a hero and a villain, why a stiff upper-lip is treated as a source of pride rather than a facial condition, and why custard and gravy - the two key lubricants of a frankly limited cuisine - are locked in a yin-and-yang like struggle for dominance which neither can ever win.Written with an absurd, off-beat sense of humour, bestselling author Rohan Candappa both sends up and celebrates our Sceptered Isle. And, after all, what could be more British than an absurd, off-beat sense of humour?