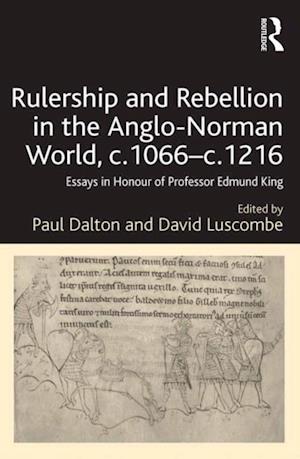 The importance of the themes of rulership and rebellion in the history of the Anglo-Norman world between 1066 and the early thirteenth century is incontrovertible. The power, government, and influence of kings, queens and other lords pervaded and dominated society and was frequently challenged and resisted. But while biographies of rulers, studies of the institutions and operation of central, local and seigniorial government, and works on particular political struggles abound, many major aspects of rulership and rebellion remain to be explored or further elucidated. This volume, written by leading scholars in the field and dedicated to the pioneering work of Professor Edmund King, will make an original, important and timely contribution to our knowledge and understanding of Anglo-Norman history.