Rule of Power or Rule of Law?

- An Assessment of US Policy and Actions Regarding Security-Related Treaties 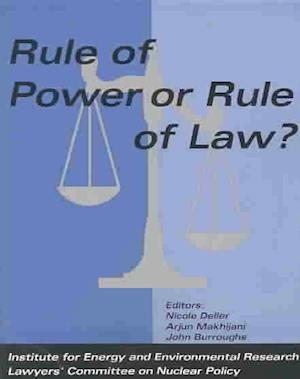 Rule of Power or Rule of Law? assesses U.S. compliance with nine treaties addressing some of the most urgent global security threats, ranging from proliferation of weapons of mass destruction to global climate change.The study documents the value of those treaties, but concludes that the United States, in an echo of the nineteenth century idea of Manifest Destiny, is undermining each of them, preferring instead to set itself above the law and relying mainly on its own military and economic might.