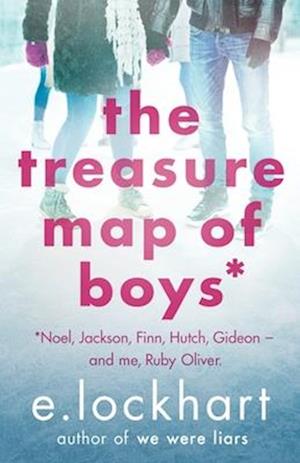 From E. Lockhart, author of the New York Times bestseller and Zoella Book Club 2016 title, We Were Liars, comes this hilarious and heart-warming series.Noel, Jackson, Finn, Hutch, Gideon-and me, Ruby OliverFrom E. Lockhart, author of the best-seller We Were Liars, and the highly-acclaimed The Disreputable History of Frankie Landau-Banks, comes this hilarious and heart-warming series.Things are looking good for Ruby Oliver. It's the thirty-seventh week that she's been in the state of Noboyfriend. Ruby's panic attacks are bad, and her love life is even worse, not to mention the fact that more than one boy seems to be giving Ruby a lot of their attention. Rumours are flying, and Ruby's already not-so-great reputation is heading downhill. Not only that, she's also:* running a bake sale* learning the secrets of heavy-metal therapy* encountering some seriously smelly feet* defending the rights of pygmy goats* and bodyguarding Noel from unwanted advances.In this third instalment to the Ruby Oliver series, Ruby tries to pin down two important things: real friendship, and true love - if such a thing exists.