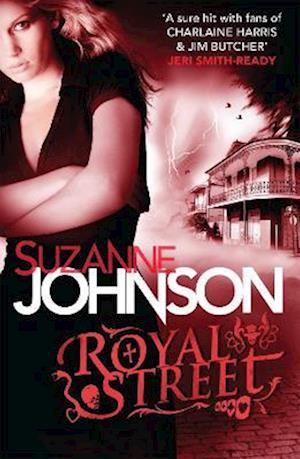 As the junior wizard sentinel for New Orleans, Drusilla Jaco spends more of her time mixing potions and retrieving pixies than she does sniffing out supernatural bad guys that slip over from the preternatural beyond. It is DJ's eccentric boss and mentor, Gerald St. Simon, who is tasked with protecting the city. But when Hurricane Katrina hammers the city's fragile levees, it unleashes more than just flood waters. As the winds howl and Lake Pontchartrain surges, the borders between the modern city and the Otherworld start to crumble away ...Now the dead and the restless are roaming the Big Easy, and a serial killer with ties to voodoo is murdering soldiers sent to help the city recover. To make it worse, Gerald St. Simon has gone missing, the wizards' Elders have assigned a grenade-toting asshat as DJ's new partner, and the pirate Jean Lafitte - who has an impressive libido for a 200-year-old - wants her to walk his plank. If she is going to survive, DJ will have to learn that loyalty requires sacrifice, allies can be found in unlikely places ... and that duty mixed with love creates one bitter gumbo.

Forfattere
Bibliotekernes beskrivelse The sensational new urban fantasy series that's bound to be 'a sure hit with fans of Charlaine Harris and Jim Butcher' - Jeri Smith-Ready, award-winning author of the SHADE and WVMP RADIO series