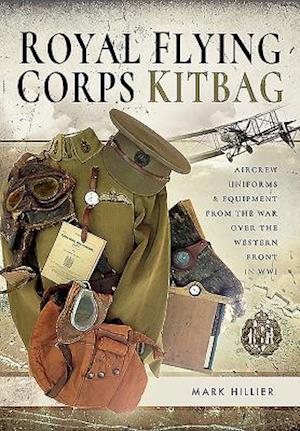 The Royal Flying Corps was formed by Royal Warrant on 13 April 1912, and came into being a month later when the Air Battalion was absorbed into the Military Wing of the new Corps in May. In the days following the outbreak of war in 1914, the programme for mobilization of the RFC was, in the main, successfully carried out. The first aircraft set out across the Channel on the morning of 13 August, taking off from Dover at 06.25 hours.The first pilot to land in France was Lieutenant H.D. Harvey-Kelly of No.2 Squadron. In due course, all four of the initial RFC squadrons deployed to the Western Front were ready for operations. They represented, noted the Official Historian of the RFC, the first organized national [air] force to fly to a war overseas'.As the Great War raged, the developments in military aviation were profound, not only in terms of aerial warfare but, as this book reveals, the uniforms and equipment the aircrew used. All the objects that a Royal Flying Corps pilot or airman was issued with for sorties over the Western Front during the First World War are explored in this book in high-definition colour photographs, detailing everything from the differing flying clothing, to headgear, personal weapons, gloves, goggles and early life preservers. Each item is fully described, and its purpose and use explained.Fly with the Royal Aircraft Factory B.E.2s and Sopwith Camels over the trenches and see what the RFC aircrew wore as they took on their German foe in what were the formative years of military aviation.

Forfattere
Bibliotekernes beskrivelse Contains full colour, high resolution images of the various items of uniform and equipment including descriptions of the items being used are included, supported by archive images. 200 colour and back and white illustrations