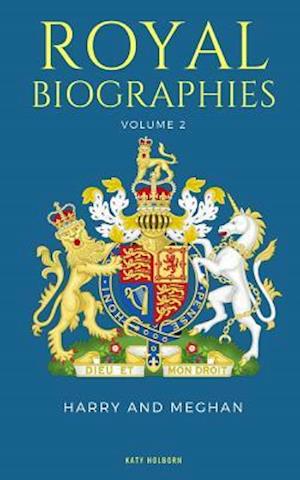 Thank you for choosing this book. In it we will look at the life of a young royal who has helped to bring the monarchy into the 21st century. As a central part of the slimmed down House of Windsor that his father, Prince Charles, has brought about, Harry is a man for today. Along with his brother and sister in law, Prince William and the Duchess of Cambridge, he is the face of a monarchy for the twenty-first century. A man who is determined to combine living his own life with public duty. Who is keen to develop his own relationships as privately as possible, while doing immeasurable amounts of good for the country - and world - as a whole. This is the story of a modern prince.

In 2017, American cable television actress Meghan Markle topped Google's annual list of the most searched actors of the year. This would be her second year in a row. She bested, for example, the likes of box office record-breaking Wonder Woman, Gal Gadot, and the living legend herself, multiple Academy Award winner Meryl Streep. Compared to these two names, Ms. Markle's acting resume is thin. As a matter of fact, for many people, she seemed to have come out of nowhere. Only a handful of things can propel a person from relative obscurity to a name in lights. Even little girls all over the world would know the answer to this - a dashing Prince Charming must have found his Cinderella against all odds. They will marry in a beautiful, lavish ceremony before an adoring public and live happily ever after.