- Every Album, Every Song

indgår i serie On Track 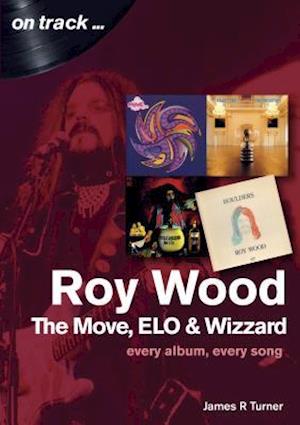 From the heart of the country, and the vibrant musical scene that rotated around Britain's second-largest city Birmingham in the mid 1960s, came a plethora of creative rock groups. Roy Wood, together with several other well-known Birmingham faces, left their respective bands to form The Move, an innovative group due to Roy's distinctive song-writing style, and the bands unique vocal harmonies. They became regulars on famed British TV show Top of the Pops, and had the first ever single to be played on BBC Radio 1. Meanwhile, in Birmingham, Roy's replacement in the Nightriders, Jeff Lynne, had formed a band of his own - The Idle Race - taking Lynne's musical vision into more psychedelic territories. These two brilliant songwriters were also close friends, and Wood persuaded Lynne to join the Move followed by a new project, the Electric Light Orchestra, before a parting of the ways led to Wood forming Wizzard.This book examines the music recorded by Roy Wood as a solo artist, plus The Move, early ELO and Wizzard, while an appendix also covers the three albums recorded by the Idle Race. Taking in genres such as rhythm and blues, psychedelic pop, progressive rock and glam, this masterful - often unsung - songwriter and musician helped set the musical blueprint for the early 70's.

Forfattere
Bibliotekernes beskrivelse This book looks at the music recorded by Roy Wood, The Move, early ELO, The Idle Race, and Wizzard, taking in genres including Rhythm and Blues, Psych Pop, Progressive Rock and Glam, as Roy Wood set the musical blueprint for the early 70's. 16 colour pages