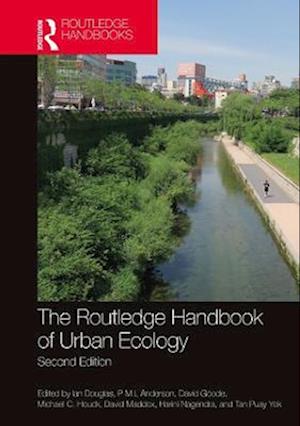 This second edition covers recent developments around the world with contributors from 33 different countries. It widens the handbook's scope by including ecological design; consideration of cultural dimensions of the use and conservation of urban nature; the roles of government and civil society; and the continuing issues of equity and fairness in access to urban greenspaces.New features include an emphasis on the biophilic design of homes and workplaces, demonstrating the value of nature, in order to counter the still prevalent attitude among many developers that nature is a constraint rather than a value. The volume explores great practical achievements that have occurred since the first edition, with many governments increasingly recognizing and legislating on urban nature and green infrastructure matters, since cities play a major role in adapting to change, particularly to climate crisis. New topics such as the ecological role of light at night and human microbiota in the urban ecosystem are introduced. Additional attention is given to food production in cities, particularly the multiple roles of urban agriculture and household gardens in different contexts from wealthy communities to the poorest informal settlements in deprived communities. The emphasis is on demonstrating what can be achieved, and what is already being done.The book aims to help scholars and graduate students by providing an invaluable and up-to-date guide to current urban ecological thinking across the range of disciplines, such as geography, ecology, environmental science/studies, planning, and urban studies, that converge in the study of towns and cities and urban design and living. It will also assist practitioners and civil society members in discovering the ways diff erent specialists and thinkers approach urban nature.