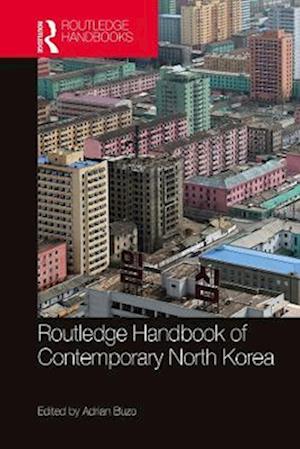 The Routledge Handbook of Contemporary North Korea presents a comprehensive picture of contemporary North Korea, placed in historical context and set against the overlapping fields of politics, economy, culture, society and foreign relations. Spanning a period of significant transition for North Korea, this volume provides accurate analysis and applications of both historical and institutional perspectives.The volume's chapters are representative of the growth in North Korean studies that has occurred since the 1990s, in parallel with the growing maturity of the field in South Korea, as well as with far greater levels of access to North Korean sources. The volume is divided into five Parts, each reflecting an emergent area of debate and research:The political perspectiveThe North Korean economyForeign relationsSocietyCultureThis is the first anthology of North Korean studies to demonstrate a clear understanding of North Korea as North Korea, as opposed to a dimly perceived and threatening rogue state. It features both Korean and non-Korean contributors, many working from primary source material. As such, this handbook will prove a valuable resource to students and scholars of Northeast Asian studies, modern Korean history and politics, and comparative politics more broadly.