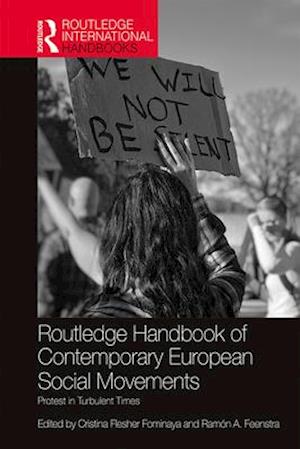 European social movements have become increasingly visible in recent years, generating intense public debates. From anti-austerity and pro-democracy movements to right-wing nationalist movements, these movements expose core conflicts around European democracy, identity, politics and society. The Routledge Handbook of Contemporary European Social Movements offers a comprehensive interdisciplinary overview of the analysis of European social movements, helping to orient scholars and students navigating a rapidly evolving field while developing a new agenda for research in the area. The book is divided into eight sections: Visions of Europe; Contemporary models of democracy; Historical evolution of major European movements; Feminism and sexualities; Movement diffusion within and beyond Europe; Anti-austerity movements; Technopolitical and media movements; and Movements, parties and movement-parties. Key theories and empirical trajectories of core movements, their central issues, debates and impacts are covered, with a focus on how these have influenced and been influenced by their European context. Democracy, and how social movements understand it, renew it, or undermine it, forms a core thread that runs through the book.Written in a clear and direct style, the Handbook provides a key resource for students and scholars hoping to understand the key debates and innovations unfolding in the heart of European social movements and how these affect broader debates on such areas as democracy, human rights, the right to the city, feminism, neoliberalism, nationalism, migration and European values, identity and politics. Extensive references and sources will direct readers to areas of further study.