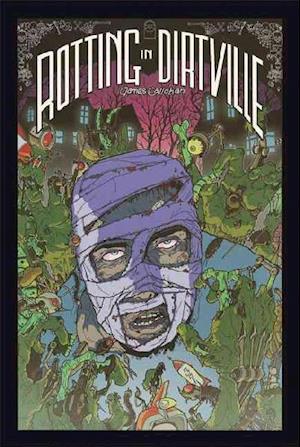 Dirtville's dullsville, according to bored teen Milton Bloom. And how could it be otherwise? There's no economy, few jobs (Milton chops and sells wood), and the adults all commute to neighboring towns every day. And his parents are no help -- they were killed when their house unexpectedly collapsed. But something is happening. When the adults leave, teenage gangs form, terrorizing the town. And what about those stories of giant, seemingly indestructible humanoid Martians invading Earth? Milton, like the rest of the Dirtvillians, thinks he has more pressing things to think about (like increasing his income to subsistence levels), but when he learns that what killed his parents were those Martian monsters landing on their home, he, his girlfriend Betsy, and the rest of dreary Dirtville are forced to react to this strange new war. Rotting in Dirtville is an unforgettable foray into the alien invasion genre.