Roseway: a Life of Adventure 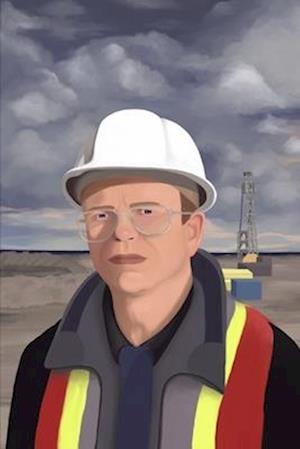 ROSEWAY is the true story of John Wonnacott, a Canadian professional engineer born on Prince Edward Island, who began life as one of 7 children living in a small 2-bedroom house in Charlottetown. From humble beginnings he became an international engineering consultant who worked around the World. Along the way, he played a major role in the construction of the Diavik Diamond mine in Canada's Northwest Territories, a nickel smelter in Dalian China, an underground gold mine in the Amazon Basin of Brazil, and a titanium mine on the southeast coast of Madagascar. John also helped rebuild the Armed Forces Station at Alert - located on Ellesmere Island, 418 nautical miles from the North Pole. He built a controversial, licensed landfill north of Winnipeg and numerous lobster storage complexes and boat building shops in Nova Scotia.

The author conducted engineering studies on everything from permafrost effects on gas pipelines; to the effects of volcanic heat on a concrete coffer dam for a project at a huge gold mine located on the tiny, remote pacific Island of Lihir, Papua New Guinea; to pyrometallurgical research - in South Africa - into the recovery of platinum from used vehicle exhaust systems. He traveled and worked in the jungles of Indonesia, the bitter cold of western Greenland, the sands of the Nabib Desert, the heat of outback Australia, the high altitude in the Andes Mountains and many other of the 44 countries he has spent time in.

But this is not just a narrative of engineering accomplishments - and dangers of frightening, sometimes life-threatening proportions. The author introduces the reader to colorful characters in all walks of life: from indigenous tree-clearing specialists, to Canadian Army NCO's and officers, to greenhouse operators, to fiercely independent fishermen, to highly skilled construction managers and boardroom knaves.

Most of all, the author fondly remembers the great many friends who shaped his life and helped him grow as an engineer and mature as a human being. Some of his few enemies are recalled as well and the stories of all these people form the framework of the book.

The author writes in a clear, easy-to-read story-telling manner meant to entertain while keeping strictly to the facts. But some of the tales and anecdotes might seem so farfetched and unbelievable, that a reader can be forgiven for thinking this is a product of an inventive, over-active imagination; that some of the stories are exaggerated at least, and probably downright inventions. But everything in this book actually happened just the way John tells it.

Besides the interesting stories, ROSEWAY is meant to inspire people - so they can see that hard work, a positive attitude and a curious mind can ensure anyone can live an interesting, fulfilling life.