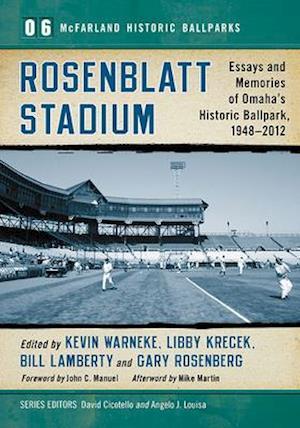 Omaha's Rosenblatt Stadium was home to baseball's College World Series 1950-2010. Future Major League stars played pro ball there in all but seven seasons during the same period. The venue also hosted barnstorming games, football games, concerts and a variety of novelty events in its lifetime. The history of the stadium is told by people who lived it. Essays and recollections by players and coaches who competed there, organizers of the Series and other events, and fans who enjoyed more than six decades of entertainment establish Rosenblatt's place in the American cultural landscape.