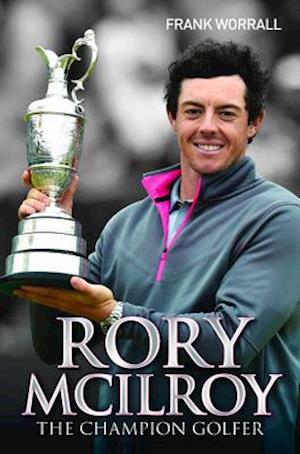 Hard-hitting Rory McIlroy was always destined to become a professional golfer from the moment he recorded a 40-yard drive aged just two. His first hole in one came when he was nine and he played in his first professional European tour event as a 16-year-old in 2005. Despite high expectations, Rory keeps a cool head on his young shoulders and lets his golf do the talking. His maiden victory came in the 2009 Dubai Desert Classic, where he endured a nail-biting final hole, and he has since gone on to win multiple events around the world. After falling apart at the 2011 Masters, his final breakthrough came in June 2011 when he won his first major, the US Open. An incredible 2012 followed, in which he became the number one ranked golfer in the world. But in 2013, despite high aspirations, Rory did not fare well in major tournaments - not, that is, until the end of the year, when he won the Australian Open by one stroke. Now, with Rory having won three tournaments in a row - including his first Open win in 2014 - Frank Worrall presents the fascinating story of one of golf's greatest ever talents.

Forfattere
Bibliotekernes beskrivelse Rory McIlroy's amazing amateur career saw him conquer Ireland and Europe before topping the World Amateur Rankings in 2007. And in 2014 he has won the Open for the first time - a milestone victory. This is the fascinating story of golf's most exciting young talent.