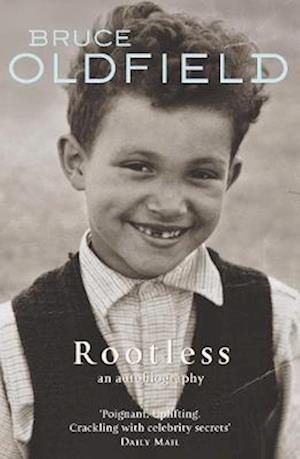 Born a mixed-race, illegitimate child to an irresponsible, 'care-free' mother and an anonymous Jamaican boxer, Bruce Oldfield's entry into the world was anything but conventional. As his mother was moved from hospital to mental home to supervision by her mother, likewise Bruce moved through several boy's homes before being fostered for twelve years with a woman who became known as 'Mum' and with three other mixed-race children who became his 'brothers' and 'sisters'.Bruce's 'family' rarely strayed far from living just above the bread line. To make up the finances Bruce's foster mum worked as a seamstress. It was her talent to make fabulous clothes from scraps of material that captured Bruce's imagination. What began as a hobby and desire to ease the family's financial worries became Bruce's life's work as he rose through the ranks of top designers in London, New York and Paris to become one of the best known and best loved figures in the fashion world. He created the most beautiful clothes for an amazing range of people - from the Princess of Wales to Dame Edna Everage.'After thirty years in the business it seems an opportune moment to put down an account of my life, as much to evaluate where I've been as to decide where I'm going.'

Forfattere
Bibliotekernes beskrivelse Born a mixed-race, illegitimate child to an irresponsible, 'care-free' mother and an anonymous Jamaican boxer, Bruce Oldfield's entry into the world was anything but conventional.