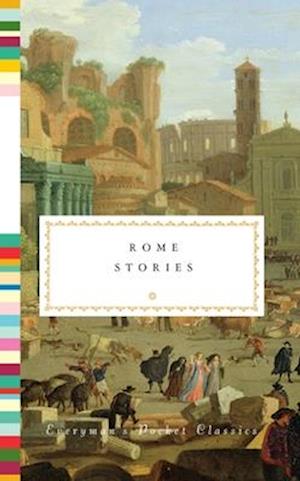 From Plutarch to Pasolini, from Henry James to Alberto Moravia, this collection of classic tales of the Eternal City draws on a wide range of brilliant writers from ancient times to the present. A gorgeously jacketed hardcover anthology. EVERYMAN'S POCKET CLASSICS. During its three-thousand-year history Rome has been an imperial metropolis, the capital of a nation, and the spiritual core of a world religion. For writers from antiquity to the present, however, it has long served as a realm of fantasy, aspiration, and desire. Captivating and lethal at one and the same moment, its beauty both transfigures and betrays those in thrall to it. Rome Stories explores the city's fateful impact through the writing of classical historians, Renaissance sculptors, Enlightenment poets and philosophers, American, British, and French novelists, and the writers of modern Italy.