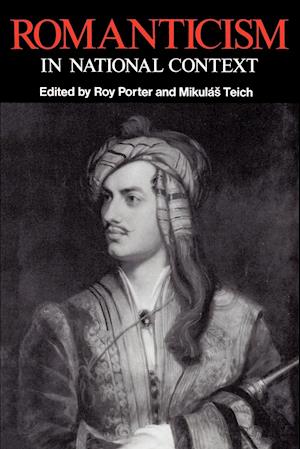 The main literary and artistic currents of Romanticism are well known. This volume aims uniquely to set them in their wider contexts. Thirteen distinguished contributors examine the particular configurations of the Romantic movement within individual national contexts. Parallels, influences and differences are explored between the course of Romanticism in England, France, Germany and ten other European nations, and special emphasis is placed upon the interplay between Romantic culture and social, political and economic change. Narrow definitions of Romanticism are avoided: the contributors emphasize the Romantic strands within science, philosophy and political thinking as well as within art and literature. The book also forms part of a sequence of collections of essays which started with The Enlightenment in National Context (1981). In preparation are Fin-de-Siecle and its Legacy and the Renaissance in National Context. The purpose of these and other envisaged collections is to bring together comparative, national and inter-disciplinary approaches to the history of great movements in the development of human thought and action.

Forfattere
Bibliotekernes beskrivelse The main literary and artistic currents of Romanticism are well known. This volume aims uniquely to set them in their wider contexts. Worked examples or Exercises