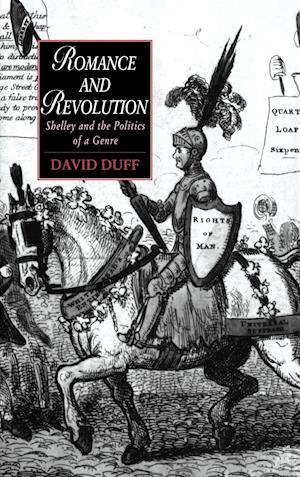 The revival of romance as a literary form and the imaginative impact of the French Revolution are acknowledged influences on English Romanticism, but their relationship has rarely been addressed. In this innovative study of the transformations of a genre, David Duff examines the paradox whereby the unstable visionary world of romance came to provide an apt language for the representation of revolution, and how the literary form was itself politicised in the period. Drawing on an extensive range of textual and visual sources, he traces the ambivalent ideological overtones of the chivalric revival, the polemical appropriation of the language of romance in the 'pamphlet war' of the 1790s, and the emergence of a radical cult of chivalry among the Hunt-Shelley circle in 1815-17. Central to the book is a detailed analysis of Shelley's neglected revolutionary romances Queen Mab and Laon and Cythna, flawed but fascinating poems in which the politics of romance is most fully displayed.