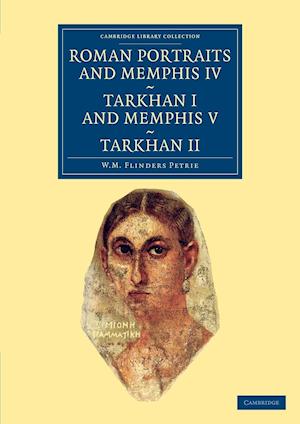 A pioneering Egyptologist, Sir William Matthew Flinders Petrie (1853-1942) excavated over fifty sites and trained a generation of archaeologists. The diversity of his work is revealed in these three excavation reports, reissued here together but originally published separately in 1911, 1913 and 1914. The first, an important resource on mummy portraits, records significant discoveries made during renewed work on the Roman necropolis at Hawara. Continued excavations at Memphis are also described. Petrie's work at Tarkhan, where he excavated numerous tombs, is written up in the second and third reports. Each report features a valuable section of illustrations, including photographs and drawings of the various sites and finds, most notably the lifelike mummy portraits. Petrie wrote prolifically throughout his long career, and a great many of his other publications - including earlier reports from both Hawara and Memphis - are also reissued in this series.