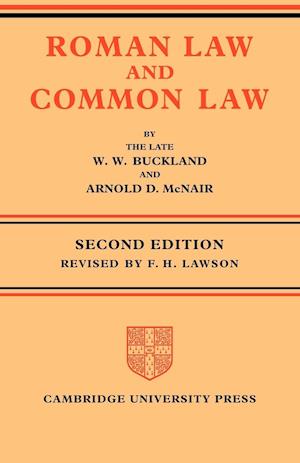 Roman Law and Common Law was first published in 1936. The second edition, entirely reset, revised throughout and supplemented by Professor F. H. Lawson, Fellow of Brasenose College and Professor of Comparative Law in the University of Oxford, appeared in 1952. This was done at the suggestion of Lord McNair, who read the revised copy. Professor Lawson's work of revision was extensive and touches every part of the book. In 1965 many small corrections were made. The book remains in this edition a 'comparison in outline'. It does not set out to be a comprehensive statement of Roman Law and Common Law comparatively treated, or a comparative study of legal methods. It is concerned rather with the fundamental rules and institutions of the two systems, and examines the independent approaches of the two peoples and their lawyers to the same facts of human life.