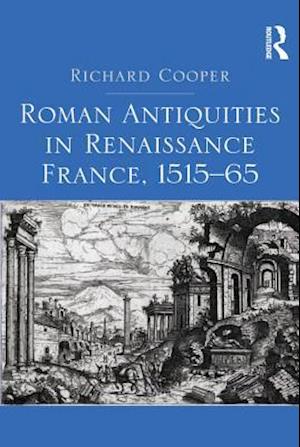 Making use of new and original material based on firsthand sources, this book interrogates the vogue for collecting, discussing, depicting, and putting to political and cultural use Roman antiquities in the French Renaissance. It surveys a range of activity from the labours of collectors and patrons to royal entries, considers attacks on the craze for the antique, and sets literary instances among a much wider spectrum of artistic endeavour. While Renaissance collecting and antiquarianism have certainly been the object of critical scrutiny, this study brings disparate fields into a single focus; and it examines not only areas of antiquarian expertise and interest (such as statues, coins, and books), but also important individual historical figures. The opening chapters deal with the role played in Rome by French ambassadors, who sent back antiques to collectors at court, who in the person of Jean Du Bellay, undertook excavations, and assembled a major personal collection, which was housed in a new villa in the ruined Baths of Diocletian. The volume includes a valuable appendix, which presents in transcription catalogues of the collections of Cardinal Jean du Bellay.