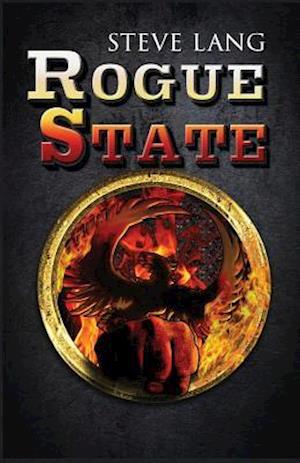 In the year 2345, Anslar, a nation ruled by a government bent on dominating global politics, is violently attacked when four blimps collide with three towers-the Anslar Federated Center-representing the financial center of the country. The impact from each blimp and expertly planted explosives inside the towers cause them to collapse, killing hundreds and igniting the fury of Anslar's people and her government. Joe Stinson, a Cyber Security Engineer for the Anslaran government and a survivor of this tragedy, is recruited by the most powerful man in the world, the Anslaran Chancellor, to become an agent and international hit man for the Central Acumen Bureau (CAB). The Chancellor claims that Joe's missions will avenge the attack on the towers and help the Anslaran economy recover, but Joe unknowingly begins furthering a dark agenda devised by shape-shifting reptilian extraterrestrials to conquer and destroy the people of Earth. With the aid of an alien grey named Telerum and a fellow agent named Stacey, Joe will have his eyes opened to a long-hidden world of betrayal, natural resource theft, and murderous ambition, all perpetrated by his own government. Will Joe find the redemption he seeks for his actions on behalf of the CAB? Is the Anslaran Chancellor all that he pretends to be? How will Joe and Telerum conquer overwhelming odds to save Anslar and the rest of Earth from the evil reptilian threat?