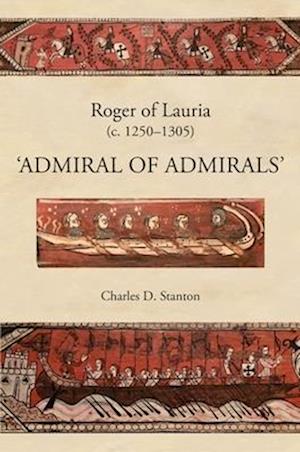 Just before Vespers on 30 March 1282 at the Church of the Holy Spirit on the outskirts of Palermo, a drunken soldier of the occupying French forces of Charles of Anjou accosted a young Sicilian noblewoman. It sparked a bloody conflagration, the so-called War of the Sicilian Vespers, that would ultimately involve every part of the Mediterranean. The struggle for the coveted throne of Sicily eventually enmeshed all the great powers of medieval Europe - the pope, the Byzantine Emperor and the kings of France, England and Aragon. Because the core of the Kingdom of Sicily was a wealthy, strategic island dominating the centre of the Mediterranean, the battles were fought mostly at sea. And in war at sea, a single figure proved pre-eminent: Roger of Lauria - Aragon's "Admiral of Admirals". In the course of some twenty years of naval combat, he orchestrated decisive victories in six pitched battles and numerous limited actions, never once suffering a defeat: a feat never equalled - not even by the legendary Lord Horatio Nelson. Drawing from multiple Sicilian and Catalan sources as well as Angevin and Aragonese registers, this chronological narrative details the tactics and strategy Lauria employed to become the most successful galley fleet commander of the Middle Ages, while highlighting a crucial conflict at a pivotal point in European history, long overshadowed by the Hundred Years War. CHARLES D. STANTON is a retired US naval officer and airline pilot; he gained his PhD at the University of Cambridge.

Forfattere
Bibliotekernes beskrivelse An account of the naval commander Roger of Lauria and his command of warfare at sea.