- Why Science? / The Science of Energy / How Physics Confronts Reality 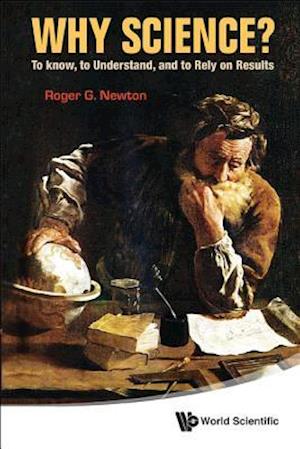 This book aims to describe the scientific concepts of energy. Accessible to readers with no scientific education beyond high-school chemistry, it starts with the basic notion of energy and the fundamental laws that govern it, such as conservation, and explains the various forms of energy, such as electrical, chemical, and nuclear. It then proceeds to describe ways in which energy is stored for very long times in the various fossil fuels (petroleum, gas, coal) as well as for short times (flywheels, pumped storage, batteries, fuel cells, liquid hydrogen). The book also discusses the modes of transport of energy, especially those of electrical energy via lasers and transmission lines, as well as why the latter uses alternating current at high voltages. The altered view of energy introduced by quantum mechanics is also discussed, as well as how almost all the Earth's energy originates from the Sun. Finally, the history of the forms of energy in the course of development of the universe is described, and how this form changed from pure radiation in the aftermath of the Big Bang to the creation of all the chemical elements in the world.