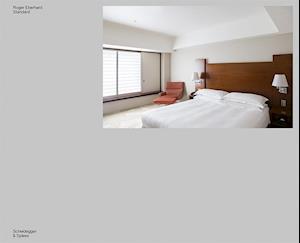 In thirty-two cities across five continents, Swiss photographer Roger Eberhard booked a standard double room at the local Hilton and took two photographs: one of the room's interior, always from the same perspective, and one of the view from the hotel room's window. The result of this project is Roger Eberhard - Standard, an unusual urban panorama of sixty-four photographs, reproduced large enough to make it easy to see the diversity within the uniformity of one of the world's largest international hotel chains. In this era of increasing globalisation and commercialisation, Roger Eberhard - Standard shows that international hotel chains, restaurants, and similar establishments maintain a remarkably uniform design - a true standard - that has made many places and cities feel almost interchangeable. At the same time, they retain some of their unique characteristics, and Eberhard's photographs reveal the subtle, yet important, influence of local taste. The book also contains an essay by German novelist Benedict Wells on the monotony he feels while staying in successions of hotel rooms on book tours, as well as essays by art historian Franziska Solte and curator Nadine Wietlisbach.