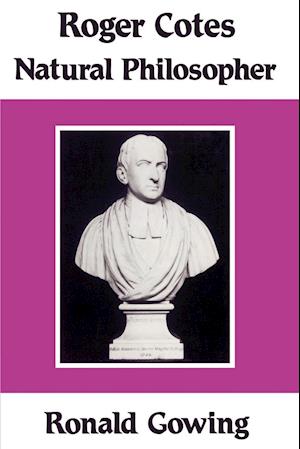 Roger Cotes (1682-1716) was the first Plumian Professor of Astronomy and Experimental Philosophy, at Trinity College, Cambridge. One of the most distinguished, and certainly one of the most ardent, of the early Newtonians he did important work in mathematics and astronomy and edited the second edition of Newton's Principia. Cotes died young and published only one paper, the Logometria, during his lifetime; a translation of this paper is given in the Appendix. Most of Cotes's papers were published posthumously in Latin in Harmonia Mensurarum in 1722. Dr Gowing discusses Cotes' work in some detail but has written the work in such a way that the more technical aspects of the mathematics can be omitted at first reading whilst still giving a clear idea of Cotes' achievement. Cotes' work was significant but his full potential was unrealised; in Newton's reputed words: 'If he had lived, we might have known something.'