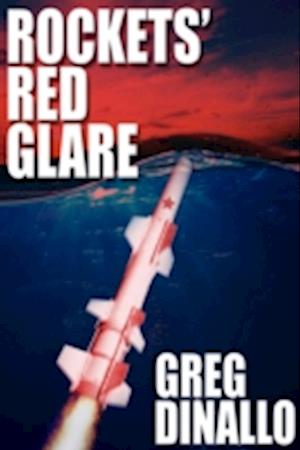 Combining the narrative drive of the best of Clive Cussler with the knowledge of Tom Clancy, Rockets' Red Glare is the techno-thriller of the year about an ingenious coup that would change forever the balance in the world's arsenal. On October 22, 1962, President Kennedy orders the U.S. Navy to search all ships en route to Cuba. For six tense days, a frightened world watches as the two most powerful nations on earth edge toward war. On October 28, under intense pressure, the Soviet Union agrees to dismantle its bases. The Cuban missile crisis is over. Or is it?Pensacola, Florida, 1987. Two naval officers of the Satellite Surveillance Group who have been tracking a Soviet Foxtrot class submarine suddenly come upon a mysterious VLCC supertanker-identity unknown. Hundreds of miles away in Houston, handsome millionaire industrialist Theodor Churcher takes off in his private helicopter for a clandestine rendezvous with the Soviet submarine in the Gulf of Mexico. Several days later, children playing on a beach in Louisiana find a severed arm floating in the surf-the fingerprints are those of Theodor Churcher. The final ominous moves in a brilliant Soviet strategy that began with the Cuban missile crisis are set in motion. Devastated by his father's death, young Andrew Churcher undertakes a dangerous mission to the Soviet Union to recover stolen blueprints that would not only avert the unfolding nightmare, but might cleanse his father's honor of the suspicion of treason. As he tracks a complex trail of move and countermove, Churcher is embroiled in violent power struggle between two arms of Soviet intelligence. What Churcher doesn't know is that he is to be the bait in a deadly Soviet trap. From the cockpits of U.S. fighters to the decks of Soviet navy vessels, from the back streets of Moscow to the oilrigs of Texas, Rockets' Red Glare is the ultimate techno-thriller. GREG DINALLO, a New York Times Notable Author, has published six novels: Rockets' Red Glare, Purpose of Evasion, Final Answers, Touched By Fire, Red Ink and The German Suitcase, Dinallo's latest and digital-first novel. He has also written and produced many dramatic programs and movies for television. 'Draws you in and grips you tightlyAn ominous, chilling tale.' - Stephen Coonts, author of Fight of the Intruder'Superba world class spy story. Sure to be a winner!' - Dale Brown, author of Flight of the Old Dog'A highly satisfying action thriller with some offbeat anglesDinallo juggles a lot of things and juggles them entertainingly well.' - New York Daily News'An exciting, high-energy thrillerLabyrinthine plotting, hyper fast geographic leaps, and a tension-drenched blockbuster finish.' - Booklist'A very fast paced novel of intrigue and superpower brinkmanship. A real insight into the Soviet-American nuclear maneuverings. Dinallo sets his characters racing through this jet-powered story.' - Nelson De Mille, author of Word of Honor, By the Rivers of Babylon, Cathedral, and The Talbot Odyssey'Rockets' Red Glare kept me up all night long.' - Douglas Terman, author of First Strike and Shell Game'Superb!...The best parts of an action thriller with all the twists and turns of a world-class spy story.' - Dale Brown, author of Silver Tower'A plot as intricate as a Faberge egg and a page-turning pace.' - Alfred Coppel, author of The Apocalypse Brigade and A Land of Mirrors