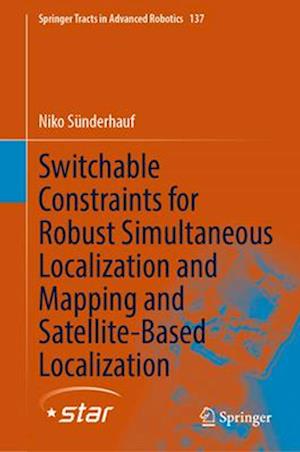 Simultaneous Localization and Mapping (SLAM) has been a long-standing research problem in robotics. It describes the problem of a robot mapping an unknown environment, while simultaneously localizing in it with the help of the incomplete map. This book describes a technique called emph{Switchable Constraints}. Switchable Constraints help to increase the robustness of SLAM against data association errors and in particular against false positive loop closure detections. Such false positive loop closure detections can occur when the robot erroneously assumes it re-observed a landmark it has already mapped or when the appearance of the observed surroundings is very similar to the appearance of other places in the map. Ambiguous observations and appearances are very common in human-made environments such as office floors or suburban streets, making robustness against spurious observations a key challenge in SLAM. The book summarizes the foundations of factor graph-based SLAM techniques. It explains the problem of data association errors before introducing the novel idea of Switchable Constraints. We present a mathematical derivation and probabilistic interpretation of Switchable Constraints along with evaluations on different datasets. The book shows that Switchable Constraints are applicable beyond SLAM problems and demonstrates the efficacy of this technique to improve the quality of satellite-based localization in urban environments, where multipath and non-line-of-sight situations are common error sources.