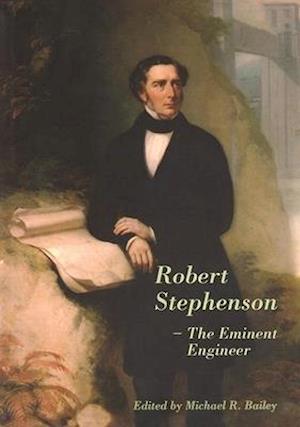 Robert Stephenson, the leading engineer of the mid-nineteenth century whose substantial public works brought about considerable social change is now the subject of this excellent new biography: Robert Stephenson - The Eminent Engineer. Stephenson's engineering practice was responsible for major railway building programmes in Britain and overseas. He oversaw the building of many bridges, particularly the innovative tubular bridges in North Wales and was influential in the development of England's railway network. Stephenson's engineering practice in Westminster, whose many associates were engaged throughout England, were responsible for substantial railway building programmes during the 'mania' years of the 1840s. By 1850, he was associated with one third of the railway network. His overseas railway involvements included building many miles of line and developing national transport plans. Robert Stephenson - The Eminent Engineer also considers Stephenson's public roles and shows how he was perceived by his contemporaries. Stephenson was a Member of Parliament and Commissioner for the Great Exhibition, was well respected as an arbitrator, received several British and overseas honours and was President of both the Institutions of Civil and Mechanical Engineering.

Forfattere
Bibliotekernes beskrivelse Robert Stephenson, the leading engineer of the mid-19th century whose substantial public works brought about considerable social change, is the subject of this biography.