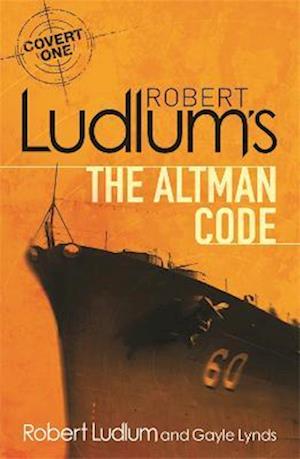 The fourth instalment in the COVERT-ONE series from the master of the thriller genre.On the dark waterside docks of Shanghai, a photographer records cargo being secretly loaded. He's brutally killed and his camera destroyed. Two weeks later on the dangerous high seas, the US Navy covertly tracks a Chinese ship rumoured to carry tons of chemicals to create biological weapons of mass destruction. The President cannot let the ship reach its destination - a rogue Middle East nation. But he doesn't want the navy to attack and board it either, because decades of negotiations with China have at long last yielded a landmark human rights agreement that China is willing to sign. Covert-One operative Jon Smith is brought in to find solid proof of what the Chinese ship is ferrying. Then an agent is murdered and vital evidence destroyed. Smith must find the truth about the ship, a truth that probes the deepest secrets of the Chinese ruling party...

Forfattere
Bibliotekernes beskrivelse The fourth instalment in the COVERT-ONE series from the master of the thriller genre.