- From Craft to Art 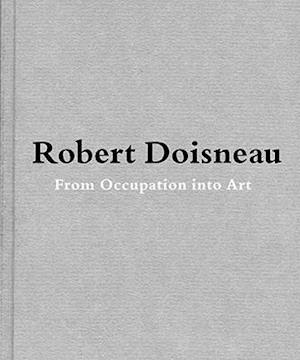 Nowhere is the breezy and urbane romance of Paris conjured as memorably as in the photography of Robert Doisneau (1912-1994). A gentle minstrel of visual anecdote, Doisneau interpreted the city's charms in an iconography that both natives and Francophiles instantly recognize: the young hip couple stealing a spontaneous kiss at a busy intersection, the gendarme chatting with a mother while her kid tiptoes along a riverbank bench, the sweetly melancholic abandoned merry-go-round in the rain and the entire pageant of Parisian life mingling at cafes, bus shelters and on the banks of the Seine. Doisneau was possessed of both lightness of touch and spontaneity, as a result of which he has been sometimes championed as a photographer of the "pure" moment. But his ocular touch is even lighter than that suggests--his images are not so much "seized" as "netted." Accompanying the Fondation Cartier-Bresson's exhibition of around 100 prints from the Doisneau estate, From Craft to Art presents these treasures alongside a new version of Jean-Fran ois Chevrier's classic 1983 essay on the photographer, which describes Doisneau's knack for capturing "the shining melancholy that separates an individual from the crowd."Robert Doisneau was one of France's most popular and prolific reportage photographers. As a member of the Resistance (both as a soldier and as a photographer), he used his engraving skills to forge passports and identification papers, and photographed both the occupation and liberation of Paris. After the war he worked freelance for Life and Paris Vogue, and also made superb portraits of artists including Giacometti, Cocteau, L ger, Braque and Picasso. Doisneau was awarded the Prix Ni pce in 1956; a short film, Le Paris de Robert Doisneau, was made in 1973.